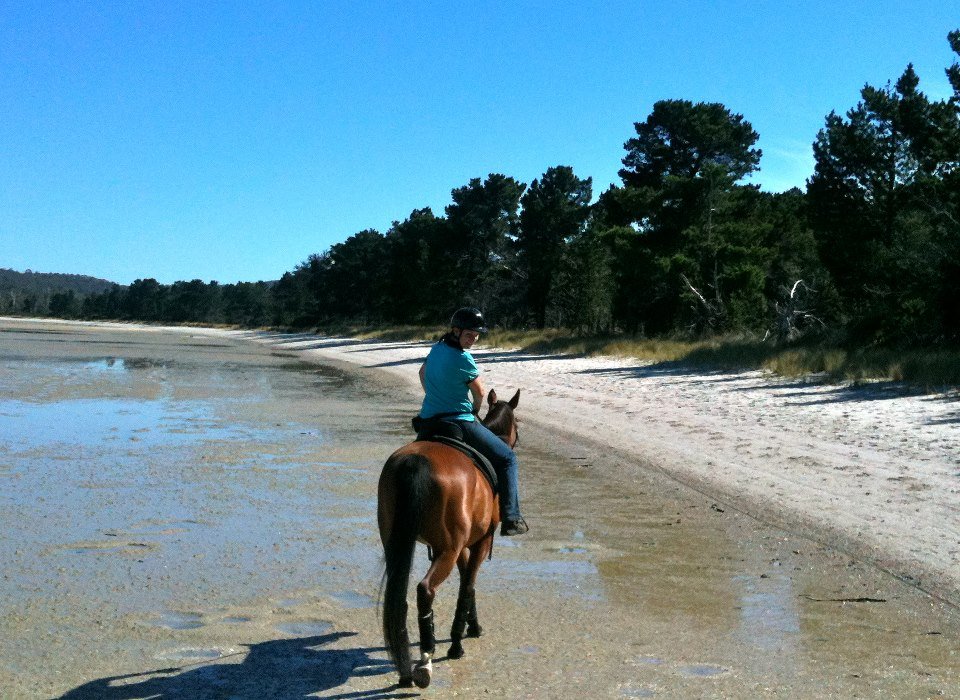 The Saddle Research Trust conducted a study on saddle slip in 128 horses over a 12 month period.

All horses underwent a gait evaluation and were assessed for lameness as well as saddle slip.

Each horse was also ridden by both an experienced rider and their owner. This was done to help assess the effects of rider posture and balance on saddle slip.

Whether the horse was lame or otherwise was described on a standardised scale for gait symmetry.

Saddle slip was scored on a 3 point scale. With zero representing no slip at all gates, a score of 1 representing slip at either the trot or canter, and 2 indicating slippage at both the trot and canter.

The researchers also collected a range of information on each horse including height, weight, whether the saddle had been professionally fitted, rider reports of saddle slip and so on. The main findings from the study are summarised below.

- In 54 percent of horses the saddle consistently slipped to the same side that the horse was lame on. The degree of this slippage was greater when horses were not travelling in a straight line/. By contrast, the saddle was observed to slip in just four percent of horses with forelimb lameness.

- The saddle did not slip in horses with back pain and without lameness, or in horses that were sound.

- Neither the riders’ balance nor posture were responsible for a saddle slipping.

- If an analgesic was administered to those horses displaying hind leg lameness then the saddle slip ceased in 97 percent of cases.

- Once the lameness was resolved then the saddle ceased to slip in all but two of the horses. In both the horses with unresolved saddle slip issues forelimb lameness and asymmetrical saddle flocking were observed by the researchers.

- Finally, saddle slip was independent of back asymmetries or the body condition score of the horse. However horses with a rounded body shape in the T13 thoracic vertebral area, just under where the rider sits, were at greater risk for saddle slip.

THE TAKE HOME MESSAGE- Saddle slip should not be put down to rider balance, in many instances saddle slip is due to hind-leg lameness in horses. When the lameness issues are resolved then the saddle almost always ceases to slip. Less often saddle slip is associated with the horse’s body width in the area just under where the rider sits and/or lameness in the forelegs.

You can read the published paper in its entirety at the link below: